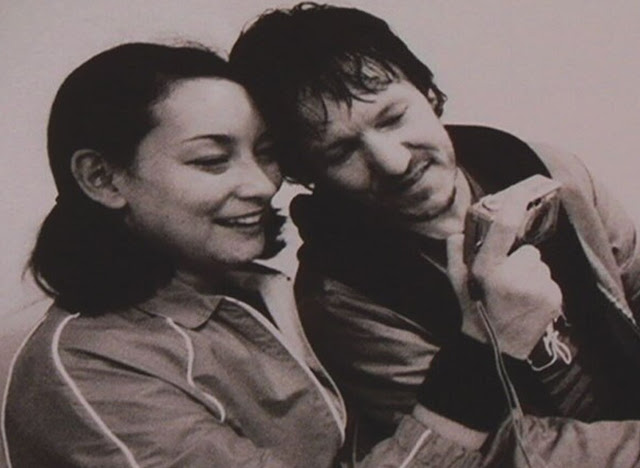 Who is Jennifer Chiba?


Jennifer Chiba is an American musician who was born on 17th June 1967, in Tokyo, Japan. Chiba is a biracial woman who is part Japanese. She was raised by her parents in Texas, United States. Her father's name was Hiroyasu Chiba, and her mother's name was Sharon Martha Wee.

Chiba was involved in an alternative punk rock-infused band called the Happy Ending in 2003. The band consisted of four members and was signed under the Org Record label. The label mentioned that the band was popular among the music scene in Los Angeles, California, and garnered new fans with each show that they played.

She also was Rivers Cuomo's on-again-off-again girlfriend between approximately 1992 and 1995, although W. T. Schultz is mentioning a 10-year relationship in "Torment Saint". Several songs written by Cuomo were presumably written about her. Additionally, the character of Maria in Weezer's unfinished and unreleased space opera "Songs From the Black Hole" was inspired by Chiba and the relationship between Maria and Jonas was based on Chiba and Cuomo's relationship.

After Elliott's death, Cuomo wrote "The Other Way" about wanting to console Chiba.

"I wrote that song for Jennifer Chiba after Elliott died, and I wanted to console her, but I was confused and skeptical about my own motives for wanting to do so, so I wrote that song about that"

Apparently the pair had briefly met at Rockfest festival before Elliott even moved to LA. Once living in LA however, Elliott Smith went looking for Jennifer Chiba after she finished a gig with her band called The Warlocks, which she played bass for.

The gig was held at a venue called Spaceland in LA. Steve Hanft, who was a mutual friend, was also there, and he played a part in introducing them. After being mesmerized by her performance during the gig, Elliott wanted Hanft to introduce him to his mutual friend, Jennifer Chiba.

Upon meeting, Elliott and Chiba engaged in a deep conversation about compassionate stuff, Russian literature, and other intellectually stimulating topics. They were both fans of Dostoevsky, and that escalated into other topics such as depression, compassion, and hospitalization. Chiba also shared her love for the childrens book The Story of Ferdinand, which was one of her favorite stories growing up.

The entire situation basically involved a deep conversation while both of them were staring and playing with their shoes like shy teenagers. Chiba recalls the situation as awkward and how uncomfortable Elliott was due to his extreme shyness.

They ended up exchanging digits, with Elliott giving her the digits of his manager Margaret Mittleman’s assistant. Elliott had just moved to Los Angeles at the time in 1999 and didn’t even know his own digits. Later on, Chiba invited Elliott to her upcoming gigs and Elliott showed up, the pair becoming friends.

The Mystery of Elliott Smith’s Death

But there is one thing that the world can’t deny, and that is Jennifer Chiba and her actions, which are loosely connected to the passing of Smith.

The relationship that Elliot and Chiba had was extremely toxic due to excessive partying and the use of drugs. Chiba was hooked on to the life of partying and had no intention of stopping. She was always restless and very aggressive with her men, as shown in previous relationships.

Elliott Smith was known for his melancholic music that touched the lives of people who knew where the inspiration for his music came from. Elliott produced folk music with a story to tell, a lot of times surrounding the topic of death.

Elliott and Chiba had been in countless arguments over the years, but there’s one that stands out the most and draws the most suspicion towards Chiba and her involvement in his death. In this particular heated argument, Chiba pulled out a knife and started chasing Elliott around the house. Elliott disappeared for three days, only telling the story to his sound engineer upon returning.

Elliott also had arguments with Chiba, where he threatened to kill himself in their Silverlake home. Chiba was used to the suicidal threats and messages Elliott would say or promote. Whenever they engaged in arguments, Chiba wouldn’t pay much heed to the threats.

Elliott’s friends also recall him bidding goodbyes for good when he left Portland for Brooklyn during the late 90s. He told his friends back home in Oregon that he would be committing suicide after music and that he wouldn’t be seeing them again.

The death of Elliott Smith occurred on the 21st of October, 2003. Apparently, Elliott and Chiba got into a heated argument, where Chiba ended up locking herself inside the bathroom to cool down and get away from the confrontation. Jennifer Chiba then heard a loud painful scream. When she came out of the bathroom, she found Elliott with a knife jabbed into his chest, with two cuts visible.

Chiba dialed 911 at exactly 12:18 PM. With the help of a dispatcher until the ambulance arrived, Chiba attempted to perform CPR. Elliott Smith passed away at County-USC Medical Centre 78 minutes after Chiba’s police call.

After Elliott’s body was rushed out of the crime scene, Chiba was the first person who was questioned. She showed them the suicide note that was on the kitchen table which read "I’m so sorry, love, Elliott. God forgive me".

Today, Jennifer Chiba is using her MA in Clinical Art Therapy from Loyola Marymount University and is working at a residential treatment program for girls in Rosemead, CA. She got her license in 1995.

According to the Spin article, she has also worked as an art therapist at Five Acres, a school for abused and damaged children. She claims to have 15 years of experience working as an art therapist for a number of non-profit, community mental health organizations. She currently works at Maryvale, a residential treatment program for girls in Rosemead, CA, and runs a private therapy practice.

In 2004, Jennifer Chiba sued Marta Greenwald, the administrator of Smith’s estate. She alleged that she had entered into an oral agreement with Elliott in August of 2002 to "live together, cohabitate and combine their efforts and earnings", "share equally any and all property accumulated as a result of their efforts whether individual or combined", and "hold themselves out to the public as husband and wife".

Her complaint claimed that they began a romantic relationship during the summer of 1999, and that Elliott promised to provide for her "financial needs and support for the rest of her life" in exchange for her domestic services as his "homemaker, housekeeper, cook, secretary, bookkeeper, and financial counselor".

She also alleged that she had agreed to be Smith’s manager and agent for the purposes of arranging his booking and scheduling his appearances for musical performances. And to carry out the preparation and production of his album in exchange for 15% of the proceeds earned and received.

Jennifer Chiba claimed that Greenwald breached the agreement by refusing to pay her for her services, and sought over $1 million for the services and for proceeds from Smith’s compositions, performances, and albums.

Jennifer Chiba amended her complaint twice, on November 1st, 2004 and April 28th, 2005. However, a split California appellate court ruled that Chiba had acted as an unlicensed agent, so was therefore not entitled to any payments from the estate.

Jennifer Chiba still involved in the LA music scene, last known to be playing gigs with the band Hello Menno. She is now married to Alex Whomsley.

To this day, the world does not know what really transpired on that day in Los Angeles. What we do know is that Elliott Smith left a legacy of beautiful melancholic songs that will forever be remembered and enjoyed by people all over the world.
Tags : Culture