Things You Might Not Know About St. Patrick's Day 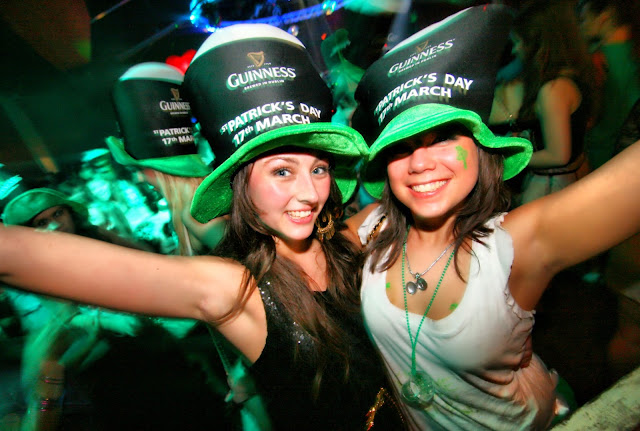 Every March 17 the whole world turns green to celebrate Ireland's beloved patron saint, Patrick. But just how much do you really know about St Patrick's Day?

St. Patrick's Day is traditionally a religious holiday in Ireland. The celebratory nature of the day was created by Irish immigrants to the United States as a way to retain their Irishness and ease the transition into American society.

St. Patrick’s Day observes of the death of St. Patrick, the patron saint of Ireland. The holiday has evolved into a celebration of Irish culture with parades, special foods, music, dancing, drinking and a whole lot of green.

Who Was St. Patrick?


Saint Patrick, who lived during the fifth century, is the patron saint and national apostle of Ireland. Born in Roman Britain, he was kidnapped and brought to Ireland as a slave at the age of 16. He later escaped, but returned to Ireland and was credited with bringing Christianity to its people.

In the centuries following Patrick’s death (believed to have been on March 17, 461), the mythology surrounding his life became ever more ingrained in the Irish culture: Perhaps the most well known legend is that he explained the Holy Trinity (Father, Son and Holy Spirit) using the three leaves of a native Irish clover, the shamrock.


Simple – the date marks the saint’s death. Patrick died in 461 in Saul, County Down. It was here that he had established his first church in a small and simple barn, after arriving nearby at the mouth of the Slaney River. He is buried in the grounds of Down Cathedral in Downpatrick and a memorial stone, made from local Mourne Mountain granite, marks his grave.

For those who celebrate its intended meaning, St Patrick’s Day is a traditional day for spiritual renewal.


Over the next 35 years, Irish patriotism among American immigrants flourished, prompting the rise of so-called “Irish Aid” societies like the Friendly Sons of Saint Patrick and the Hibernian Society. Each group would hold annual parades featuring bagpipes (which actually first became popular in the Scottish and British armies) and drums.

In 1848, several New York Irish Aid societies decided to unite their parades to form one official New York City St. Patrick’s Day Parade. Today, that parade is the world ‘s oldest civilian parade and the largest in the United States, with over 150,000 participants. Each year, nearly 3 million people line the 1.5-mile parade route to watch the procession, which takes more than five hours. Boston, Chicago, Philadelphia and Savannah also celebrate the day with parades involving between 10,000 and 20,000 participants each.

What Do People Do in St. Patrick's Day?


St Patrick’s Day is celebrated in many parts of the world, especially by Irish communities and organizations. Many people wear an item of green clothing on the day. Parties featuring Irish food and drinks that are dyed in green food color are part of this celebration. It is a time when children can indulge in sweets and adults can enjoy a “pint” of beer at a local pub. Many restaurants and pubs offer Irish food or drink, which include:


Some people plan a pilgrimage to St Patrick’s Purgatory, which is commonly associated with penance and spiritual healing since the early 13th century. It is on Station Island in Lough Derg in County Donegal where St Patrick had a vision promising that all who came to the sanctuary in penitence and faith would receive a pardon for their sins.

Why do people wear green?


Green is a color now synonymous with St Patrick’s Day, as people of Irish descent all over the world wear a piece of green clothing on March 17. But the wearing of green only became a tradition in the 19th century. Up until then, the color most commonly associated with St Patrick was actually blue. Today, it’s all about jade and emerald, moss and olive, so if you’re visiting Ireland on or around March 17, make sure to pack something green.


The most common St Patrick's Day symbol is the shamrock. The shamrock is the leaf of the clover plant and a symbol of the Holy Trinity. Many people choose to wear the color green and the flag of the Republic of Ireland is often seen in St Patrick’s Day parades around the world. Irish brands of drinks are popular at St Patrick’s Day events.

Religious symbols include snakes and serpents, as well as the Celtic cross. Some say that Saint Patrick added the Sun, a powerful Irish symbol, onto the Christian cross to create what is now called a Celtic cross. Other Irish-related symbols seen on St Patrick’s Day include the harp, which was used in Ireland for centuries, as well as a mythological creature known as the leprechaun and a pot of gold that the leprechaun keeps hidden.

The Irish immigrated to the United States beginning in Colonial times, but the largest wave came between 1820 and 1880, when almost 3.5 million Irish arrived, among them my ancestors from County Meath. These millions left their homeland for many reasons including poverty, famine, religious prejudice, and political subordination.

Though the Irish immigrants were materialistically poor, they brought a rich cultural heritage with them. Cultural events such as the St. Patrick’s Day parade, first celebrated in Boston in 1737, were regarded by many Americans as evidence of the separateness of these new immigrants. But the Irish desire for self-expression through parades and the “wearing of the green” in their adopted country helped them to retain their heritage while embracing the freedom at the heart of being American.

In the last several years, the Irish-American secular celebration of St. Patrick’s Day has made its way back to Ireland. The national holiday honoring Ireland's patron saint is now marked by a multi-day festival of parades, concerts and fireworks.
Tags : Culture Holidays